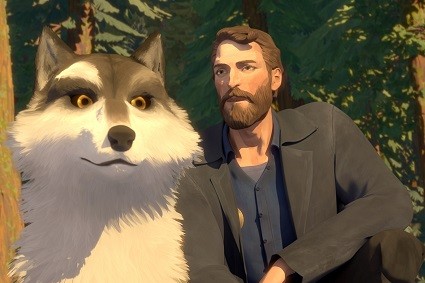 Alaska, at the time of the great gold rush: puppy White Fang, half dog, half wolf, is raised lovingly by his mother in the wild. When she dies, the old Indian Grey Beaver takes him to the camp and trains him to be a sled dog. Soon the clever, strong animal develops into the lead dog. But then Grey Beaver gets into trouble. When he goes to town together with White Fang, all his money is stolen. Unscrupulous Beauty Smith, who does business with cruel dogfights, wants to get possession of White Fang. He therefore has the Indian robbed to make him sell his last possession: the dog. Caged and mistreated, White Fang leads a miserable life from now on. Again and again he is sent into fights – against one dog, sometimes against several dogs or even against wild predators. Until one day, badly hurt, he is rescued by good-natured Marshall Weedon Scott. He and his wife Maggie nurse the maltreated animal back to health and patiently try to still White Fang’s fear of humans.