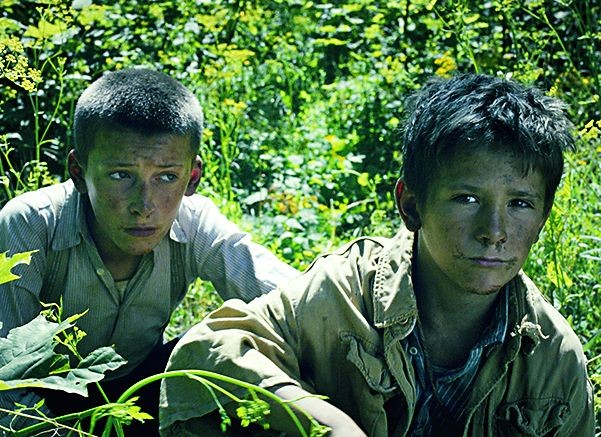 Summer of 1946 in East Prussia: One year after the end of the Second World War thousands of orphaned German children struggle to survive, such as 14-year-old Hans. His mother told him and his nine-year-old brother Fritz on her deathbed to battle their way through the Memel Territory to Lithuania, where there would still be farmers taking in German children. Hans and Fritz had to repeat their names aloud and promise never to forget their origin. A medallion with the photos of their parents is the only reminder of happy times for the two brothers. Out of necessity they start on their way full of privation entirely on their own through the woods to the East. Always on the run from the soldiers of the Red Army, they experience betrayal, violence, but also the solidarity of the population. They have to endure hunger, thirst, dirt and cold. Starvation forces them to eat even raw frogs and birds, and to steal at every available opportunity. On their way, they meet other German children, with whom they share their fate and band together. Not every child will reach Lithuania. Even Fritz is suddenly gone and Hans has to move on without his brother.