Zip & Zap and the Marble Gang 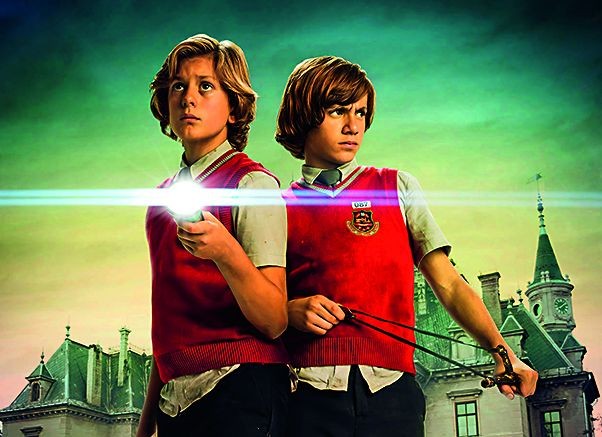 The best day in the lives of the twins Zip and Zap is the beginning of the summer holidays. Only this year, the two have bad luck: Together with Filu they are sent to a summer school taking place in the old castle, where strict military rules apply. The children have to wear uniforms and turn in all their toys, get up at dawn and sleep and snore at command at night. They are no longer called by their names but get numbers instead. Zip and Zap do not put up with this very long. Together with Filu, Micro and Matilda they found the Marble Gang that adheres to the rules at daytime. At night, however, they behave mischievously to annoy the mean headmaster Falconetti. For example, they equip the statue of the famous school founder Sebastian Hope with all sorts of bits and pieces. Falconetti is furious and has the stuff removed. Thereby, a part of the sculpture is broken and ... a secret plan is revealed. It hints at a diamond treasure Sebastian Hope had once hidden in the castle. Understanding the plan requires a lot of imagination and joy of playing. Just the thing for the Marble Gang! But there is also extremely dangerous Falconetti, who has been searching for this treasure for a long time.