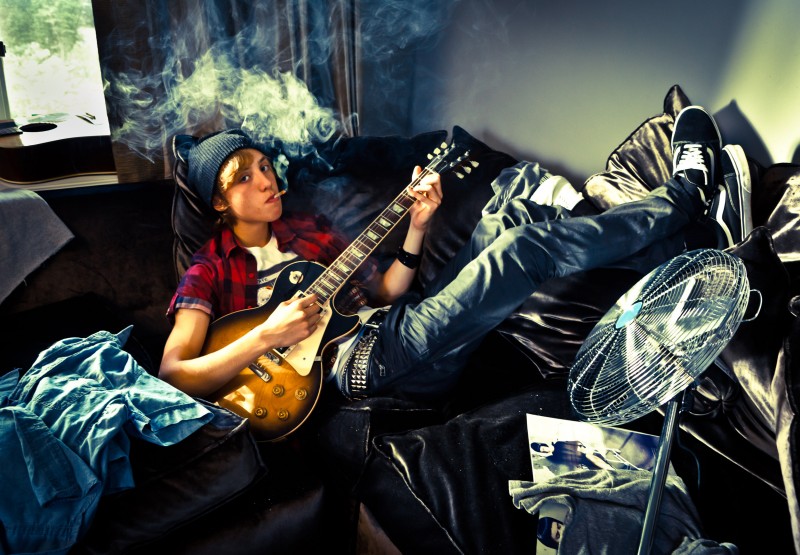 Are there twenty lies, are there more, are there fewer? Dylan does not know, as he currently does not know who he is and what he wants. Dylan lives with his mother, Emma, and her life partner Ilse. At home, they quarrel more and more often. The two women are unable to cope with his education, they are annoyed by Dylan, and he is annoyed by them in turn. They have an argument even on his 15th birthday, just because he comes home late. Then it happens: Emma has an accident and falls, is injured severely and will be dependent on care for at least three months. In her desperation, Emma turns to Dylan’s "begetter" and asks him to take his son to his home during this time. Sjors is living with a man, Bert. They lead a leisurely and orderly life in their posh house. This thoroughly confuses Dylan, who likes skipping school, smoking and playing loud guitar music. But above all, Sjors now has to explain a few things to his life partner, who knew nothing of the boy’s existence. And Dylan wants to know what his parents thought back then and how they relate to him today. Finally, the moment of truth has arrived for all those concerned!