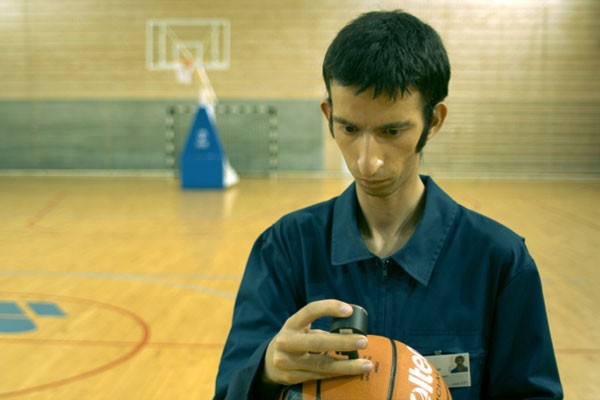 A night watchman spends much time on the basketball court. He considers himself an expert. Each ball hits the basket. He also demonstrates it to the caretaker, who tries it as well, but without success. The night watchman watches him in amusement – with the surveillance camera. But then, to his surprise, the caretaker starts to calculate.