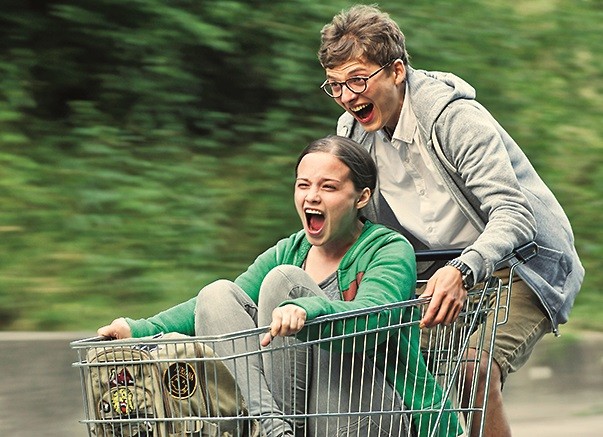 Charleen is 15 ¾ years old and angry because “life is not a children's birthday party”. She principally only listens to music by people who have already died, and she serves her school traineeship at a funeral home. She often wonders why everything is so complicated: the idiots in her class, her mother with her stupid boyfriend Volker, her tiresome little brother, in short: all her existence. An attempt to end her life fails miserably. Now Charleen has to deal with a quirky psychologist and an annoying woman from the sociopsychiatric service. When she meets the class geek Linus of all people in the waiting room of her therapist, she would love to be invisible. But Linus handles her suicide attempt and her penchant for photographing dead animals quite naturally. Her pessimism is gradually fading, since Charleen has fallen in love head over heels and is enjoying her happiness to the fullest. Until her newly acquired courage to face life is put to the test again due to a dispute with Linus and the death of her beloved grandmother...