As We Were Dreaming 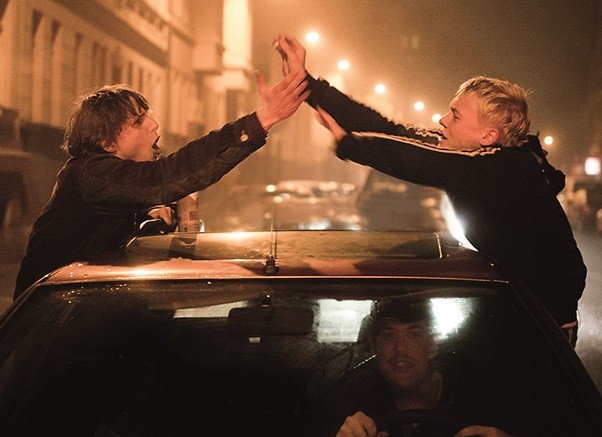 On the outskirts of Leipzig, just after the end of the GDR: Dani, Rico, Paul, Pitbul and Mark, not too long ago still pioneers with red scarves, grow up at a time of upheaval of an entire society. Yesterday’s values are no longer valid today. Wild and unruly, the boys hang around, they are proud of having broken into 42 cars, they steal in supermarkets, booze like there is no tomorrow and “explore” the new nightclub. They carry coal up the stairs for an old lady - great fun for which they are generously rewarded by strong grog and money. They found their own “Eastside” nightclub in an abandoned factory, which is soon besieged by neo-Nazis who bully, strike and cause trouble all the time. Everywhere there is awakening, and everywhere there is demise. And the guys have so many dreams: Rico is hoping to pursue a career as a professional boxer, Mark wants to do something with music and Dani wants to become a reporter after taking his high-school diploma. Above all, Dani is dreaming of great love – to Starlet, the most beautiful and most unhappy girl of Leipzig ...