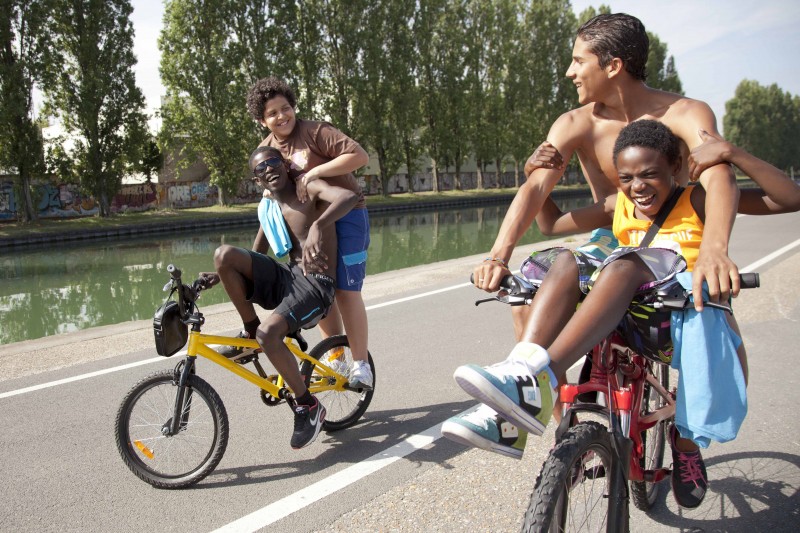 12-year-old Aimé was found seriously injured. He keeps reciting quietly on the stretcher: “They say you will die when you stop dreaming. But I will not stop dreaming.”, and he tells his story. Aimé, called “machine gun”, lives in a neighbourhood near the airport in the north of Paris. La Cité Rose, as this area is ironically called by the inhabitants, is characterised by high unemployment, crime and drug trafficking. Aimé also grew up in modest circumstances. But he is satisfied with his life, is lovingly cared for by his mother, has a good friend called Mohawk and is even in love for the first time. His cousin Isma, however, has dropped out of school and is hanging around with his buddies on the street. No one can dissuade him from this life, not even his older brother Djibril, who is studying law successfully. Then Isma begins to make contact with the drug dealers of the district and to deal in drugs. Secretly, he believes he can be as cool as movie gangster Tony Montana, meddles in the affairs of the drug lords, thus putting himself and innocent Aimé in great danger.