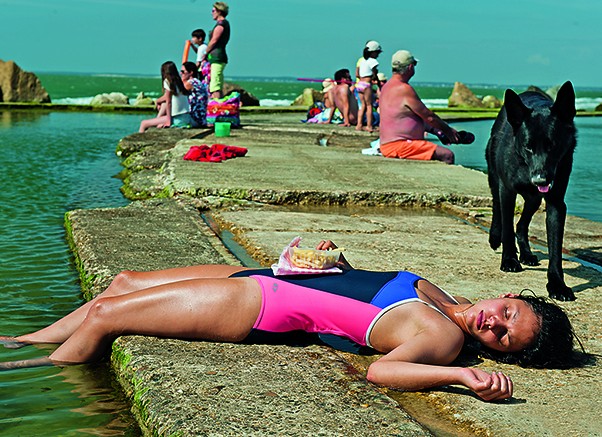 Ava is 13 and cannot see anything in the dark. Soon, according to the diagnosis, she will be completely blind. Her mother, however, pretends everything is normal, and she wants to enjoy the summer holidays on the Atlantic coast as always. But Ava recognizes that as a young woman she must follow her own wishes and dreams. She steals a large, black dog, which belongs to five years older Juan. Juan is on the run hiding from the police in a bunker ruin on the beach. This is where Ava is attracted more and more often when she walks with the dog through the countryside, preparing herself blindfold for her future, blind life. But Juan does not want to have anything to do with the “little one”. One day Ava finds him seriously hurt in his hiding place. She cares for Juan, treats the wound, and does not leave his side. Gradually, the two approach each other until one day the police appear on the beach and want to arrest Juan. The girl goes wild, threatens the police with a rifle and clears the way for herself and her lover. An escape into an uncertain future begins.