Barley Fields on the Other Side of the Mountain 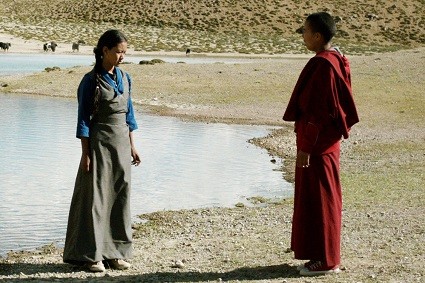 Teenage girl Pema and her family live in a farming village in Tibet. Her father is a resistance fighter for the liberation from Chinese rule. After his arrest, Pema attempts a dangerous escape through the Himalayas to India, where she can live in freedom.