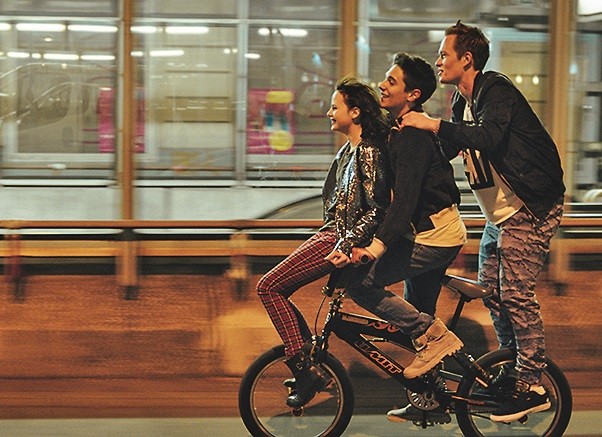 Charlotte’s parents Sylvia and Max were always regarded as “the picture-book couple”. But now they separate, just before Charlotte’s 16th birthday. Max has a new girlfriend and Sylvia moves to Vienna with her daughter and her younger son Felix. Charlotte can poorly cope with her parents’ unexpected separation and with leaving behind the idyllic country life. The big city, the new school and especially the bitchy classmates annoy her. But there are also two outsiders in her class: Sulzer, son of a wealthy family who has to repeat a year, and Italian-born Carlo are close friends. They often get into trouble with teachers and steer clear of the other classmates. However, the new girl interests them. At first, Sulzer befriends Charlotte, then Carlo does, and soon the three of them always hang around together. Charlotte enjoys being the centre of this triple gang and painting the town red with Carlo and Sulzer. Things get complicated, however, when both boys fall in love with her and she cannot decide between the two ...