Behind the Blue Door 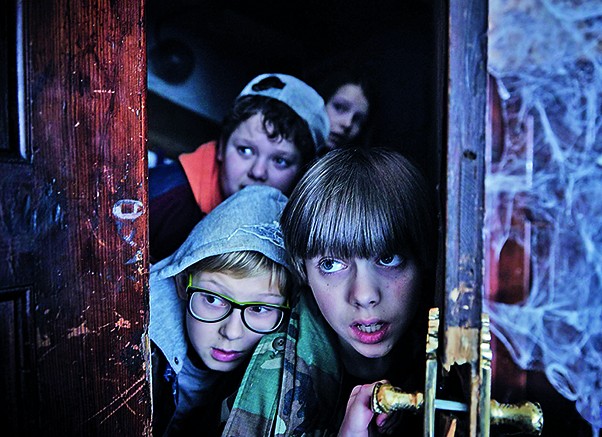 On the way to their summer holiday destination, eleven-year-old Łukasz and his mother Magdalena are seriously injured in a car crash. Afterwards aunt Agata, Magdalena’s sister, takes the boy to her old villa standing alone by the sea. Łukasz is confused: he does not know his aunt, nor has he ever visited the villa, the alleged family property. Strict and taciturn Agata assigns her nephew his mother’s former bedroom, whose door had once been painted sapphire blue by Magdalena. When Łukasz is angrily knocking at the blue door after an argument, his knocking suddenly produces a metallic sound. The door is opening mysteriously leading him into a silvery, shimmering, cold science fiction world, in which weird birds are rushing around and the only living creature seems to be a gruesome-looking tailor. He has magical powers and gives the boy a silver thread. But hardly back in the villa, this thread multiplies quickly and turns aunt Agata into a spider-like monster. Thus, Łukasz has no choice but to unlock the secret that surrounds himself and the house.