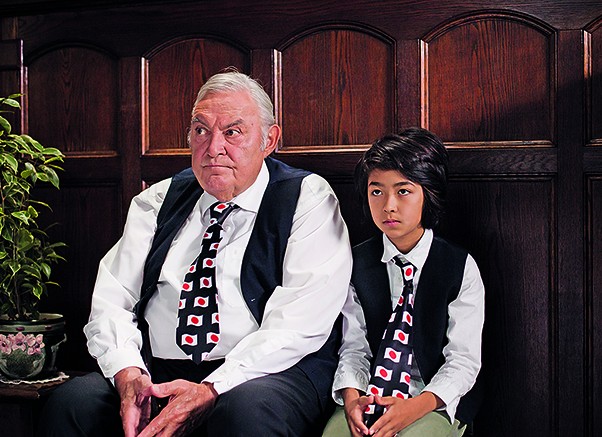 Old, always grumpy Toni Sommer leads a secluded, joyless life in a suburb of Bern. In his youth he and his best friend Kurt Mäder belonged to the Swiss wrestling champions. Now the pensioner makes ships in a bottle and regularly lays flowers on Mäder’s grave. The only one who can make him smile from time to time is the landlady’s clever, ten-year-old grandson. Hiro, a slender half-Japanese, also dreams of wrestling. He does not want to be a wrestling champion, however, but a brave sumo fighter. When Hiro’s grandmother dies unexpectedly, he asks old Mr Sommer to take him to a famous sumo school in Japan. But Toni, who has never left Switzerland, refuses. When all his persuasions fail, the little sole heir comes up with an idea: he blackmails Toni by threatening to give him a notice to vacate his apartment, so the former wrestler has no choice but to accompany Hiro. An exciting journey begins for the two of them, revealing long-kept secrets and opening up hidden longings.