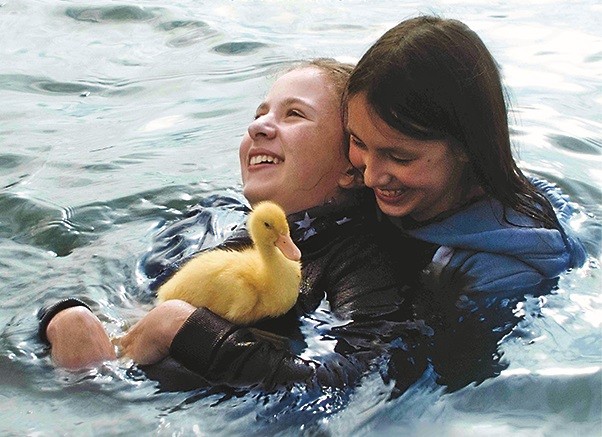 When Cathy gets an egg for her birthday from her father; she initially does not know what to do with it. However, the egg appears to be fertilised, so a chick will hatch in a few days. As ducklings consider the first being they see after hatching their mother, Cathy must be present at its birth. But things turned out differently. Cathy’s best friend Margaux watches the chick emerging from the egg. The girls realise that now they both have to take good care of the duckling. To make matters worse, Margaux is confined to a wheelchair due to a muscle disorder. But her parents do not think their sick daughter is capable of caring for the animal. When they finally send the chick to a breeding farm, the caring girls see their world falling apart. They make it their mission to allow the duckling a better life. So Cathy and Margaux save the animal from the farm. While parents and police are desperately looking for the children, Cathy and Margaux start an adventurous and fairly dangerous search for the “bird paradise”.