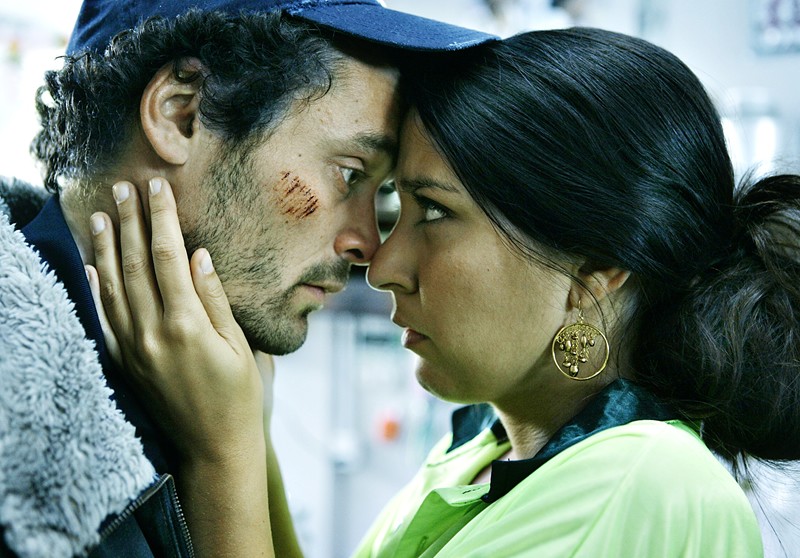 Eastern Anatolia: An unconscious girl lies on the river bank. It is 17-year-old Meryem. She was raped. Since she refuses to reveal the name of her tormentor, they lock her in a shed, give her a rope and tell her to see to the matter herself. Meryem notices that her stepmother watches her with gloating. Out of spite, she stays alive. So the family hands the “matter“ over to Cemal, a former soldier. He takes the girl to the Bosporus Bridge in Istanbul and forces her to jump by threatening her with a pistol. Just before Meryem jumps down, he rescues the girl. From now on, both are on the run. They sign on as crew members on a large wooden boat pretending to be brother and sister. When the owner, a university professor, shows Meryem the beauty of nature and gives the modest young girl one or the other present, the two men come into conflict. The professor notes the jealousy in Cemil’s eyes and understands. He accommodates them in a remote fish farm. But the young people are not able to find any peace of mind. Both are troubled by nightmares – of the rape and murder threats by her family and of his experience as a soldier fighting against the PKK in the mountains. In addition, they are followed by the vengeful family who consider their honour dragged through the mud due to these developments.