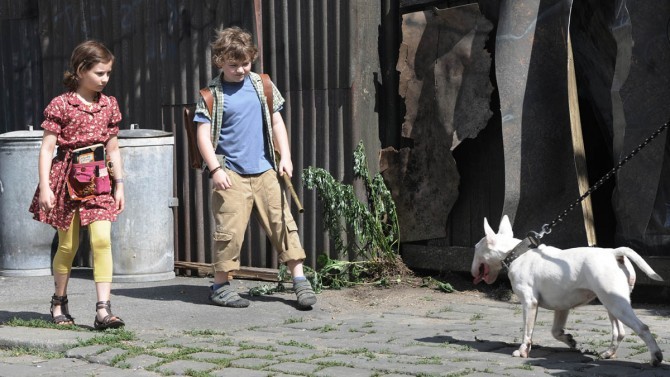 In the middle of the city, there is an old botanical garden where wayward Johanka and her friend, the good-natured Matyáš, live. The kids love their home, especially the idyllic greenhouse with its tropical plants. But now, the ambitious mayor wants to build a “modern and clean city” there. Old houses as well as the botanical garden are to make way for skyscrapers with glass facades. Johanka and Matyáš are perplexed. They have to do something! Suddenly they receive help from a blue tiger, who looks just like the one in Johanka’s sketchbook. He prowls the streets, scares people and mobilizes the press. The mayor is very busy trying to reassure the townspeople. So the tiger has to disappear as soon as possible!