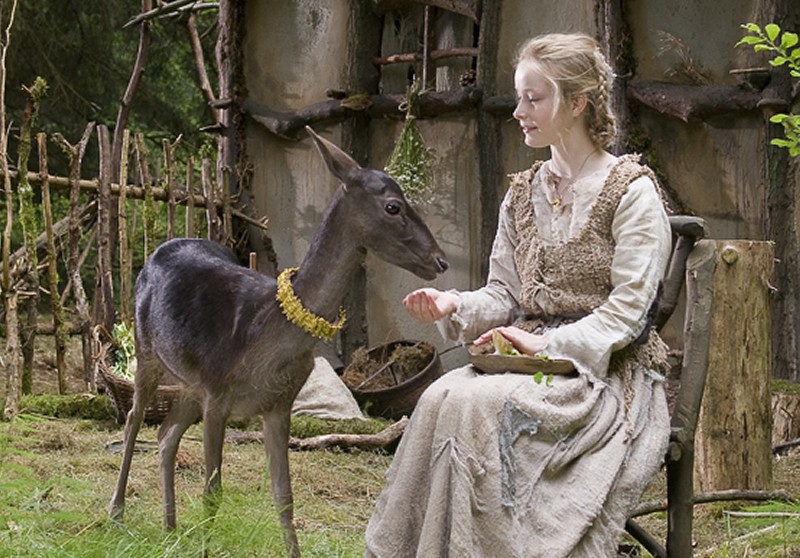 After the death of their mother, the father marries again. Initially brother and sister look forward to it because they even get a playmate - their stepmother’s daughter. But she turns out to be quarrelsome. Nothing suits her. No game proposal is right for her. In view of the parents they pretend to be harmonious siblings. Overwhelmed by his feelings about the wonderful new family the father reveales the place of the family assets. That‘s his death sentence. The stepmother poisons him and locks the children into the stable with the animals. Otherwise, they may do all servants work for the stepmother and her daughter. The lack of love drives the children soon out of the house. On their escape into the forest the brother transforms into a deer, enchanted by the evil stepmother. His sister is sad. She also wants to drink from the water which enchanted her brother. But it does not have any effect on her. Both find a new home in an abandoned hut. One day the young king roams about the area while hunting. He soon follows a deer leading him to an isolated cabin.