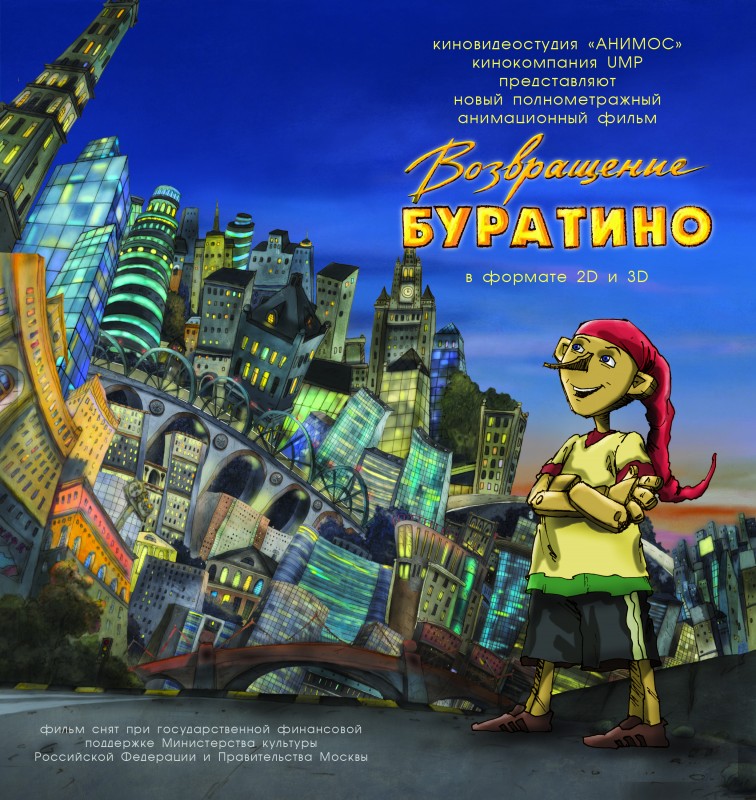 Buratino – once carved out of a piece of speaking wood – gives his dad Karlo a lot of worries. Of good nature and naïve he often got into exciting situations. Instead of going to school he preferred to go the puppet theater. Together with his friends they managed to defeat the mean director of the theater, Karabas. That way they lived happy ever after, until today when all of a sudden Karabas returned and – under the pseudonym Baskara – opened a huge, highmodern toy fabric. There, aggressive monster robots for boys and characterless dolls with standardized model sizes for the girls are produced. His goal: to create a new mindless generation of children. His working materials are old, left-alone toys of children. To escape their fate, the old toys dolls and stuffed animals are hiding in the catacombs of the city where Baskaras henchmen are on their trails. But also Buratino has returned. Together with his old and new friends – the smart Pierrot, the little bunny and the brave doll-girl Warya – the fearless hero takes on the fight against the evildoer.