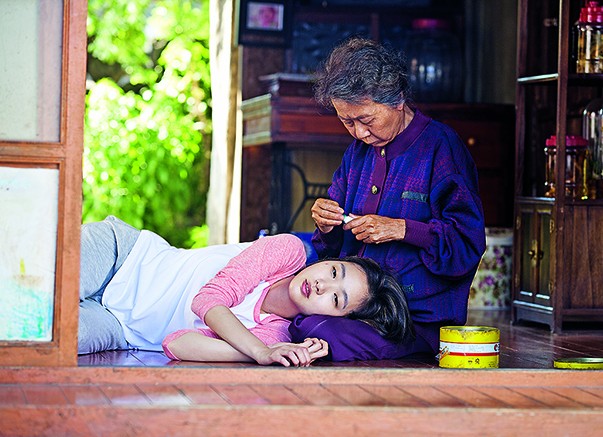 Gyechun is a “Haenyeo”, a traditional diver on the South Korean island of Jeju. She lives with her little granddaughter Hye-ji. Her father, Gyechun’s son, died shortly after her birth, while her mother soon ran away. The girl is lovingly looked after and is the old woman’s one and everything. Then a misfortune happens: One day Gyechun’s granddaughter disappears while shopping in the market. Since then the girl has been considered missing. Twelve years later, Hye-ji sends a message from Seoul. Overwhelmed with joy, Gyechun welcomes her back. But the grandmother does not know that Hye-ji is involved in a criminal business and therefore in trouble. For Gyechun everything shall be the same as before. But at first their living together is difficult until Hye-ji comes to trust her grandmother and begins to feel comfortable with her. She discovers drawing as a hobby and – encouraged by her teacher – takes part in an art contest. The life of grandmother and granddaughter could not be happier, but suddenly a man from Hye-ji's past appears on the island...