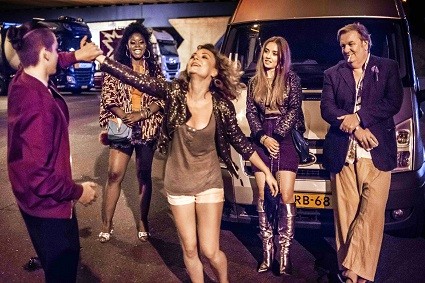 Cobain hates his name: his drug-addicted mother Mia named him after a junkie who shot himself in the head. Cobain does not want such a life, he does not want to be a problem case. He is annoyed by the children’s home, but he also despises the privileged foster families, where he is to be lodged. He wants to take care of himself, assume responsibility, even for his mother. She sets his efforts at naught: Although she is pregnant again, she injects herself with drugs. Cobain wants to keep his distance. He finds work and a temporary home – with Mia’s former pimp. This is where the 15-year-old gains his first sexual experiences and gets into his first sturdy brawl. Cobain wants to get out of this milieu together with his mother. He goes to the doctor with her, but when she ignores his advice, Cobain resorts to radical means. At night, he abducts intoxicated Mia and locks her up in a forest cabin. He lovingly cares for the pregnant woman, who is now forced to overcome her dependency. But there are complications. Nobody is there to help.