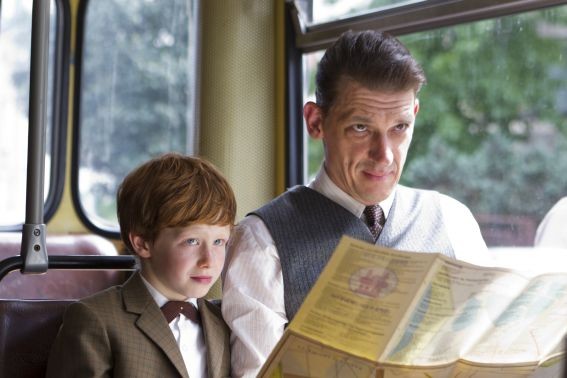 It’s the 1970s. In Belgium, the streets seemed deserted when the professional cyclist Eddy Merckx, who is regarded as the greatest racing cyclist of cycling history, was shown on TV. It is also the time when supermarkets arrived not only in big cities but also in rural areas and therefore many small shops had to close. Eleven-year-old Freddy experiences this firsthand. His father, a butcher, leads the business in the fourth generation. Now he's afraid of going bankrupt because a huge new shopping center is going to open in the village. But Freddy has other worries: He suffers from incontinence and therefore he only goes out with his mother. To satisfy his urge to move, the smart boy has mounted a bicycle above his bed and trains there every day. He also secretly dreams of taking part in such cyclings just like his big idol Eddy Merckx, whose name he bears already, at least when Freddy omits the letters “F” and “R”. Then, when the supermarket opens and a bicycle race for children is organized to celebrate the occasion, Freddy absolutely wants to be there. Especially since the winner can meet none other than Eddy Merckx. But his father does not allow it because he fights against the supermarket, and his mother does not want her son to make a fool of himself due to his handicap. But Freddy does not give up easily!