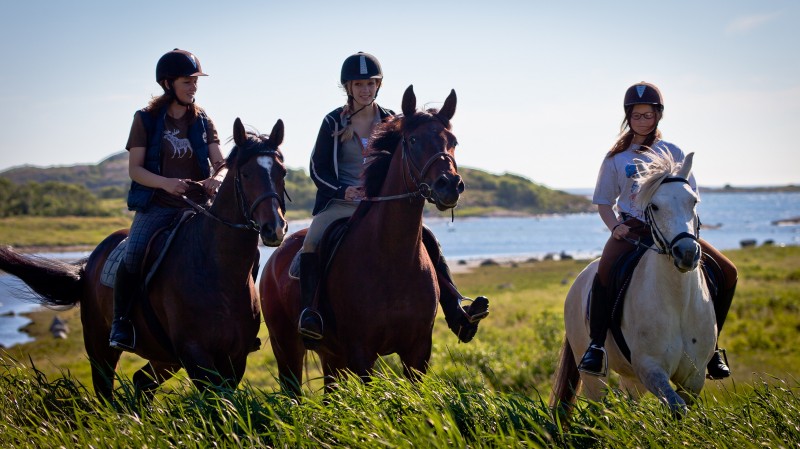 Just because her mother wants to grow organic potatoes, 16-year-old Ida must move to the “boring” country near the Norwegian coast together with the small twins. Ida, who is mostly interested in make-up, shopping and boys, is "mad as hell" and does not really want to meet the three girls of her age who ride on the adjacent stud farm almost every day. Just what they look like, with their dirty fingernails and “uncool” clothes! A chat with her friend encourages her to simply run away, but the flight ends soon ... in a creek, due to the black horse Kehilan, who once again escaped from the stud farm and frightened her. From that moment on, Ida often sees this beautiful horse. Wild and untamed Kehilan regularly appears on her farm and lets Ida stroke and later even ride him. Soon the "big city girl" is fond of the horse and takes riding lessons especially for him. In addition, when she finds out about Kehilan’s history, Ida would love to keep the black horse. But her mother is strongly opposed to it and Ida has to have some good ideas to make her change her mind.