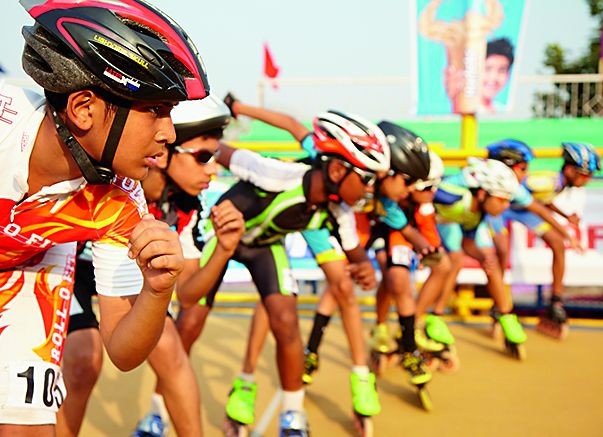 Arjun grows up in an Indian slum and works in a small tea shop until late at night in order to support his mother and siblings. As he watches a group of children training on inline skates in front of the shop, he dreams of becoming a champion on the small wheels. Since the fast roller skates are unaffordable for him, he has to come up with something. Together with his friends, Arjun develops a very special pair of inline skates from objects found in the landfill. On these “flying wheels”, he tries to convince Mr. Bhargava, the coach of the skater group, of his abilities. Although at the beginning, he is still quite wobbly on his skates, Arjun manages to win the famous coach over by his determination and passion. Bhargava recognises the boy’s talent and agrees to train him every night after work in front of the tea shop. Arjun works through his ambitious exercise units with the aim of becoming the best skater. Bhargava is confident that Arjun can win every race and enrols his protégé for the district inline skating championship. However, when the boy does not turn up for the contest, he is worried and begins to search for Arjun. What could be the reason for Arjun not competing in the race and thus giving up the dream he has strived for inexhaustibly?