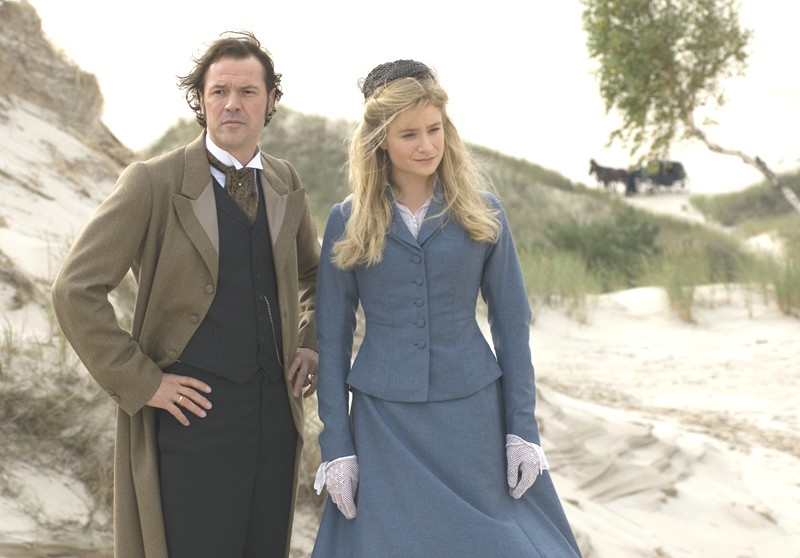 The story is set at the end of the 19th century. 17-year-old Effi is married off by her parents with Baron Geert von Instetten, who is 20 years older but befits their social status. Von Instetten, who had once cast an eye on Effi's mother, is principled, ambitious and quite numb. Effi in turn is still very naive, and really a whirlwind. The atmosphere in her new home - a small, rundown place at the Baltic Sea - and the dark, sinister house make Effi sick. Not even Anna, her little daughter, can help her to get out of this depression. All that changes when she meets Major Crampas. A passionate sexual relationship develops between them and is terminated when Effi moves to Berlin with her husband. Years later von Instetten discovers this former relationship. He kills Crampas in a duel and expels Effi. She is not allowed to see her daughter and almost breaks down. But Effi rises to the challenge. In the end, she is sitting and smoking in a cafe. She is well aware of the moral hypocrisy of society and now rejects her parents as a strong woman. Cheerful and confident, she crosses the "Linden" in Berlin, watched by a horrified and fascinated Geert von Instetten in the background. Theodor Fontane's novel “Effi Briest” has been filmed several times - for instance in 1969 with Angelika Domröse in a production of the GDR television or in 1974 by Rainer Werner Fassbinder, with Hanna Schygulla.