Flight of the Ducks 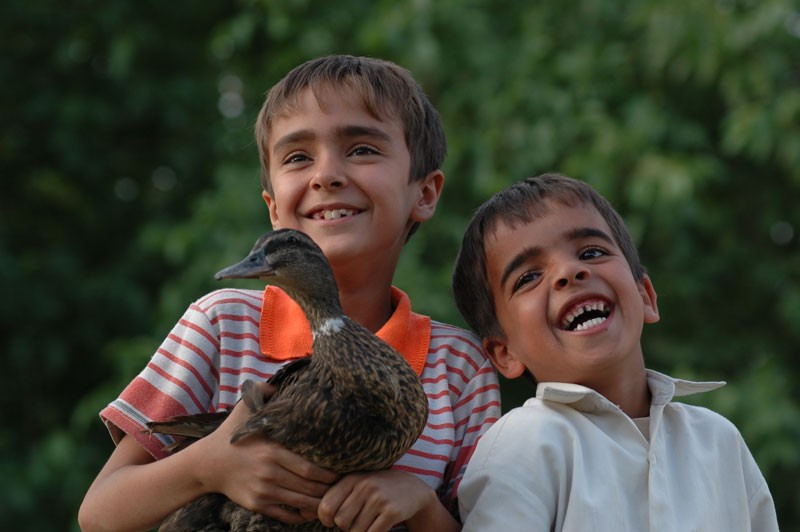 Ali's father was not expecting a sick bird to cause so much chaos when he brought his little son a duck with a broken wing. The lively boy nures the animal with devotion and wants to protect it against all dangers until its recovery. The care of the duck brings about many problems and high responsibility for the boy. As he constantly worries about his young protégé, he can barely concentrate at school and does not have much time for his football training any more. There are also problems at home: Ali's father refuses to repair the broken roof of the house since he has no money and no time left for it. He half-heartedly postpones the project from day to day, whereupon the mother leaves the family and moves to Ali's grandmother. When the neighbour's hens are stolen by a fox, the boy is terribly afraid and takes his duck with him to all places - and is thus even more in trouble. Confusion is inevitable, but at least Ali can always count on the help of his friend Reza.