From the Life of a Peddler 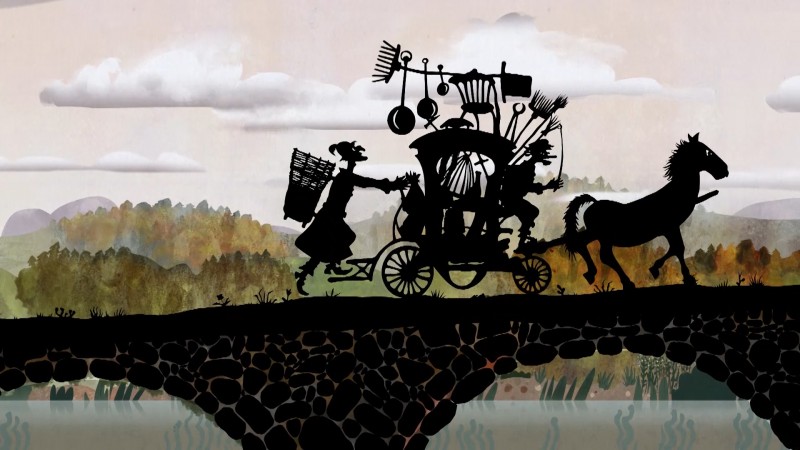 In the Lusatia, trades people moved around from village to village and were called “peddlers”. Apart from sale of goods, they collected legends and myths from the inhabitants. The peddler meets on his journey different legend figures of the region.