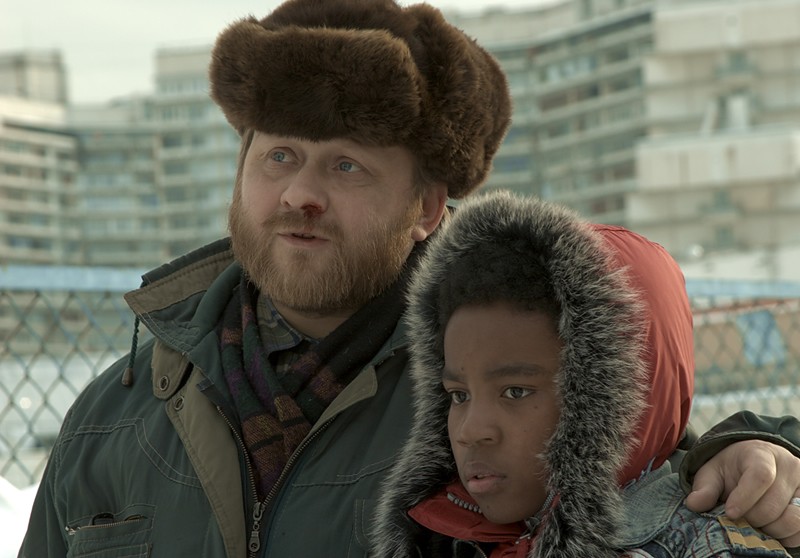 Fedor is a talented but unusual artist. He hardly gets by on his art. One day Fedor learns that he has got a relative. He is supposed to have a brother who lives in an orphanage. Fedor is not so sure about that, but he still sets off. And really! Having arrived at his destination he experiences the next surprise. His alleged brother is much younger. Moreover, he claims to be the grandson of the famous cosmonaut Juri Gagarin. And he is black. From now on, the unequal brothers master their life together. Gradually they become acquainted with one another. Fedor quickly notices that Gena is a sly one. He smokes and drinks, he is cheeky, talks big and seizes every opportunity to cause trouble. Fedor could tear his hair. What is to become of this boy? But Gena already knows an answer to this. He does not consider it particularly interesting to follow in his grandfather’s footsteps. As a grown-up, he will become the first black president of Russia. But one question still occupies Fedor and Gena. Are they really brothers? So far none of them is convinced of it.