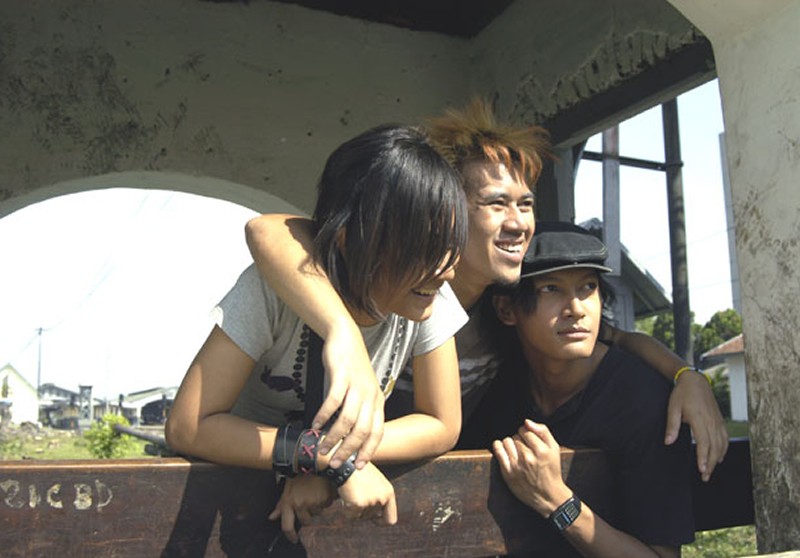 Gaia loves music. As a singer and a guitarist she has already tried herself out in several bands. But never for a long time. When Gaia meets Aga and Awan, something special connects them immediately. Together they found the band „Garasi “, inspired by their rehearsal room, a garage. With the help of a local radio station they produce their first song. Their music is soon a great hit among young people. The problems begin when Aga and Gaia fall in love with one another. Gaia does not want anybody, not even Awan, to know of their relationship. Aga is disappointed, his pride is hurt. Suddenly the media publish reports on the fact that Gaja is an illegitimate child. Gaja is frightened. How could the press find out about this? For many years she and her mother had guarded this secret. An illegitimate child is a social faux pas. The grandparents already disowned their daughter at that time when her pregnancy was discovered. Gaja withdraws herself. When she finds out whose fault the situation is, she is deeply disappointed, her confidence towards others has finally expired. Is the existence of the band at stake now?