Get Santa (Julius in Winterland) 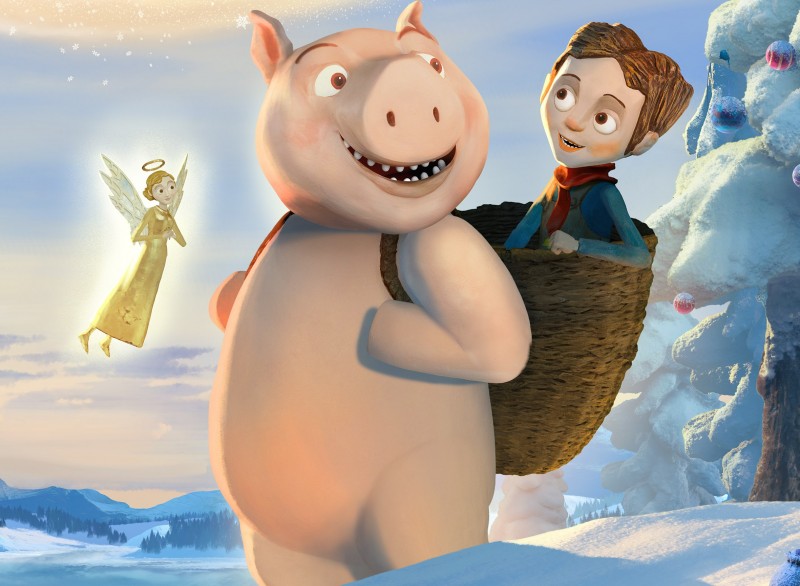 Christmas is the best time of the year for eight-year-old orphan Julius. He believes in the myths and rituals that surround this festival and especially counts on Santa Claus. This is why the boy is often mocked by the other children of the orphanage. Particularly Gregory and Squeak give him a hard time. So one day he learns that the housemaster Alfred dresses as Santa Claus every year. The world collapsed on Julius. He is angry, disappointed and sad and withdraws into a forest hut, where he keeps a box with his personal Christmas objects and figures. He talks to them and suddenly something very strange happens: Julius is drawn into a fantastic world by a bright blue light. There he meets angel Sophina, the marzipan pig Herman, the elves, and he experiences the greatest adventure of his life with them. He has to oppose evil Krampus, who despises Christmas and thus jeopardizes the whole feast. To make matters worse, real Santa Claus has disappeared. Will Julius find Santa Claus in time and save Christmas?