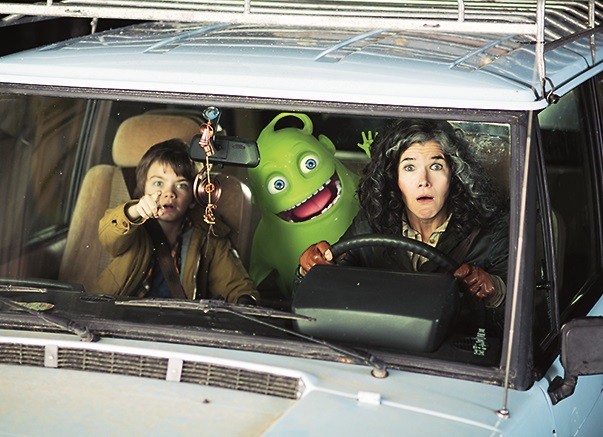 Tom is eleven years old and a timid boy who still believes in ghosts and is frightened when he is home alone. His overprotective parents want to toughen him up by practical tests, which do not really help him. When he is to get something out of the cellar for his father once again, he is scared by a green slim-dripping ghost named Hugo. In his distress Tom turns to Hetty Cuminseed, the best ghosthunter in town. But she cannot stand children and fobs Tom off with a ghosthunter manual, which he soon needs because one evening Hugo, the “Averagely Spooky Ghost”, short: ASG, is sitting in the living room. Scared to death, he follows the ghost hunting principles and lets the ASG melt into a green, slimy broth. Tom is full of remorse when he goes to bed and very much relieved when Hugo is lying beside him the next morning. Thus begins a close friendship, which presents incredible challenges to both of them and lets them experience exciting adventures.