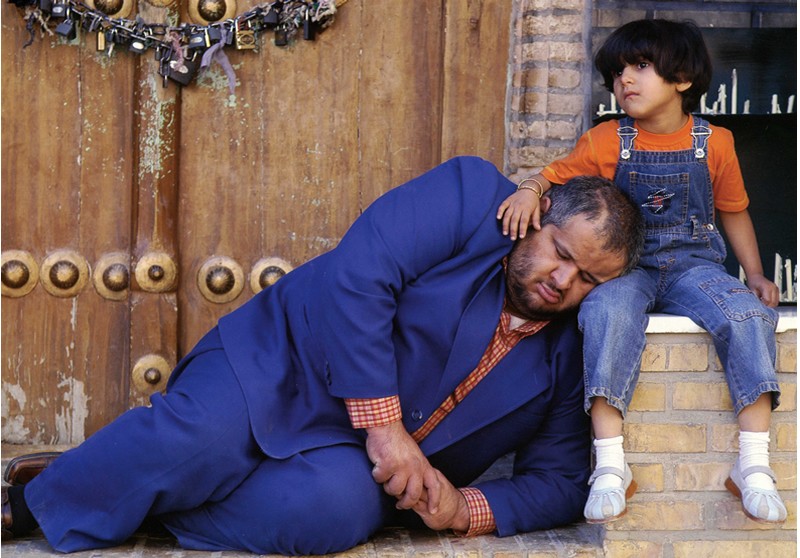 Champ loves cycling above all. Whenever he sees a bike, it overcomes him. He steals it and undertakes the most daring bicycle tours with his young niece Masoumeh. Even when the police catches the two, the 40-year-old is not reasonable. Because Champ is disabled. Only Masoumeh can cope with him and he listens to her. The clumsy man loves the little girl above everything else. To end the trouble, Masoumeh asks her grandfather, i.e. Champ’s father, to finally buy his son a bike. Then any theft would be superfluous. But Champ’s father refuses and does not believe Masoumeh’s assurances, although the little girl knows her uncle better than anyone else. One day Masoumeh observes that her grandfather lends a friend a large sum of money. As a pledge he receives a beard hair ripped out by the debtor. “If a beard hair is worth so much, you could also buy a bike for it.“, thinks Masoumeh and develops a plan. Her uncle should never have to steal a bike again. The bicycle dealer is sceptical about Masoumeh’s suggestion. And she still does not know whom to rip out a beard hair ...