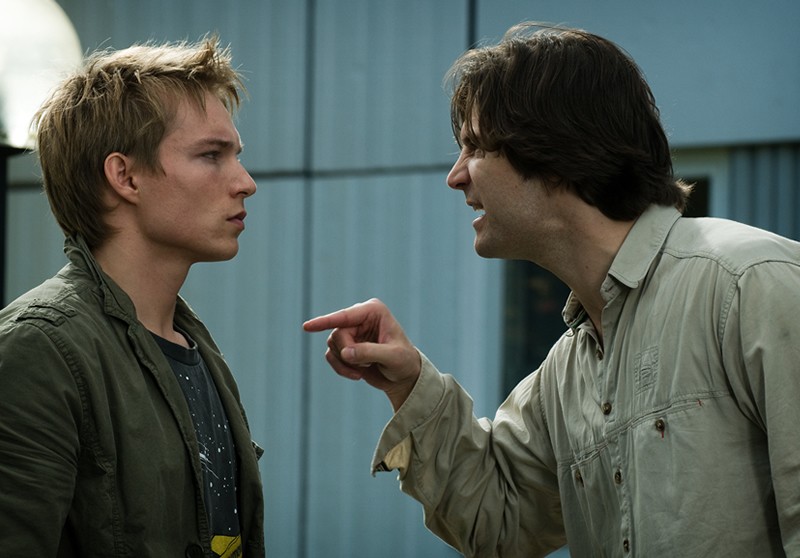 "Hangtime" is the time between the jump of the player in front of the basketball hoop and the sinking of the ball in the basket. Only a fraction of a second Just as long as reality needs to destroy Georg's dream of a basketball career. His parents were killed in a traffic accident. To save his little brother Vinz from living in an institution or a foster family, Georg, who has reached the age of majority, decides to find a job and take over parental responsibilities. Ten years later: Vinz, the top scorer of the 2nd league at Phoenix Hagen has the makings of a professional basketball player. After high school, he now has to make up his mind about his future plans. Georg, of course, favours the sports career. His brother could realize his own unfulfilled dreams. After Vinz fails to score the decisive goal in the play-off match, he ends up in reality very unceremoniously. Is he really cut out for studying at an American college with the help of a sports scholarship? Georg’s pressure intensifies Vinz's doubts. And when the younger brother gets to know Kathi and falls in love with her, he no longer knows what he really wants. Finally a thick letter arrives from America and another important game is on. Will Vinz overcome his inner conflict?