Happy Cricket and the Giant Bugs 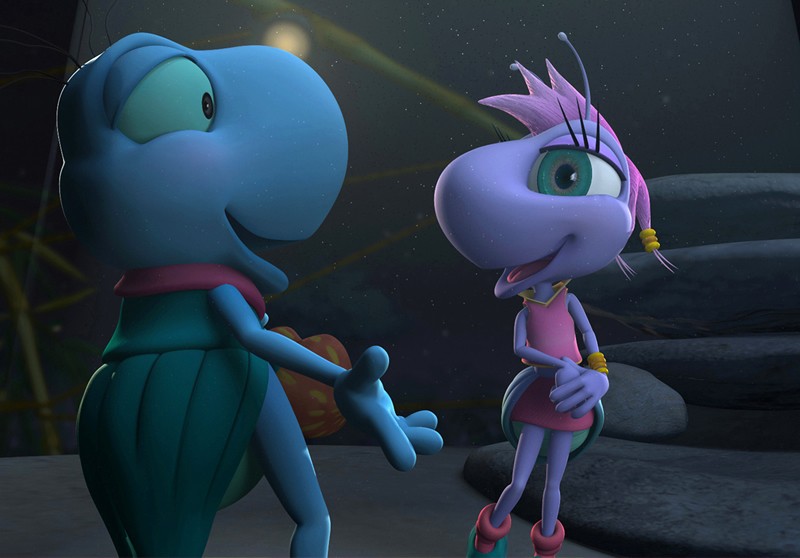 Cricket male Felix, the happy cricket, lives for music. Felix plays the piano and the guitar. His performances with his girlfriend Petal incite the audience to rapturous applause. And he gives music lessons to disadvantaged insect children - first there are only a few, but the circle of students quickly expands. Frog Netão and his rap band, "Big T" live in the slums. They are Felix’s greatest adversaries. Their music is not very successful. Therefore they are looking for a singer. As there is no suitable frog lady in their own ranks, they decide to look for a singer in the world of crickets and beetles. They dress up and off they go. When the frogs hear and see Petal singing they're blown away. Without further ado, the young lady is kidnapped to upgrade their band. But the very first concert ends in police custody because the audience was more interested in the girl as such than in the band "Big T". Felix is shocked. In his search for Petal, he discovers that the gangster Verdugo sells pirated copies of his music. With his friends Bituquinho and Rafael Felix follows the trail of the crooks. They get to a cave occupied by a giant monster insect. The friends had discovered some specimens of this species a few days before in the desert. But they were lifeless. Quickly they find out that even this one is only a machine. But who is behind it?