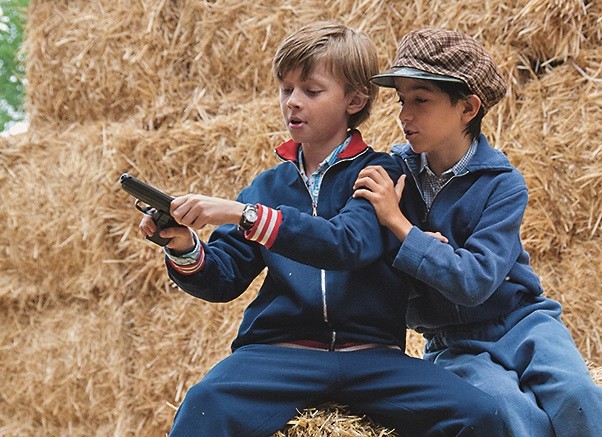 Czechoslovakia, in the mid-1960s: Peter lives with his grandparents in a small town at the border with Austria. Seven years ago, his parents fled to Vienna, and Peter has not seen them since then. Their efforts of achieving a family reunion with their son have failed so far due to the rigid authorities. They are holding him hostage, says his grandfather. However, Peter spends enjoyable, exciting years here. His grandparents care lovingly for him. He constantly roams about the countryside with his friend Ferko, son of a fanatical party member, and the nice Helena. They jointly oppose the “Black Guard”, the gang of the Bašta brothers, whose father works as a local border officer. But Peter’s childhood is also characterised by the contradiction between the official political slogans and the reality that surrounds him. He often gets into trouble as he openly and honestly expresses his opinion at school. Peter faces the biggest conflict of his life when his parents unexpectedly turn up in summer 1968 and want to take him to Vienna ...