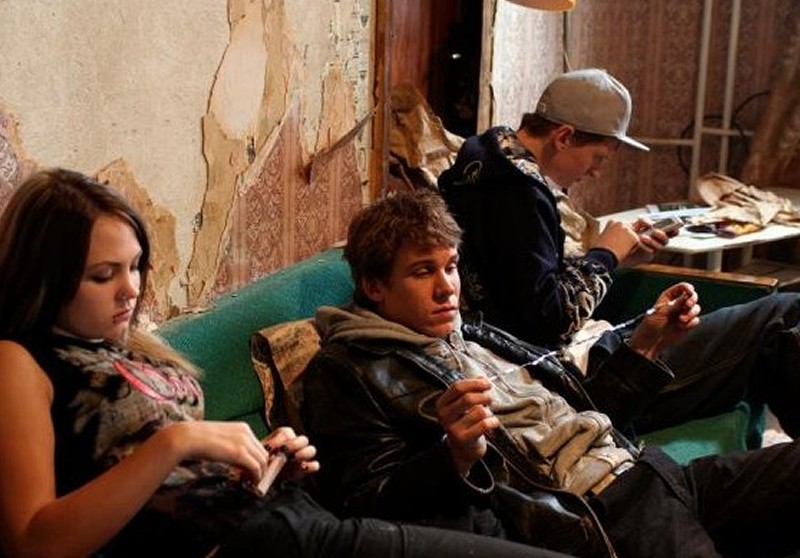 Studying medicine in order to become a doctor has always been Rass‘s biggest dream. Now he is in prison. But Rass still hopes that his wish may become a reality one day. It all began when he moved into a rundown flat with his girlfriend Säde. His home in a suburb was little friendly. Ever since his childhood he has been longing for love and security. But these things have been denied him. He draws new hope from living together with Säde. But she is lazy and lies around in bed all day. She does not earn any money and buys no food either. So he roams about at night and steals some petrol in order to have at least a bit of money for something to eat. School has not played any role for a long time. Rass starts hoping for a better life when his half-brother introduces him to a drug dealer. The prospect of a good earnings makes Rass join the business. From now on drugs are an integral part of their lives. Together with Mõssa, Rass sells the hot goods. By chance they receive two kilos of unknown origin. The two young men are planning the deal of their lives.