Ilya and the Robber 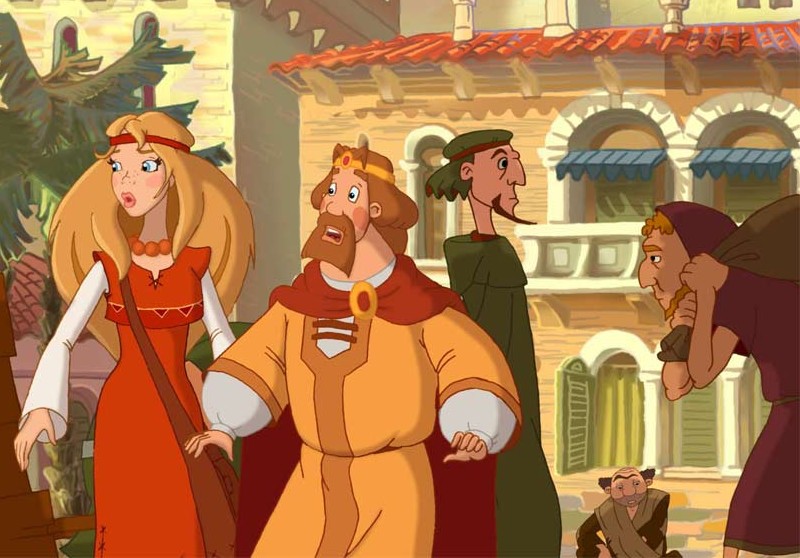 Russia is famous for its strong heroes, but also for its robbers. The king rules over all of them. He leads the country and keeps law and order, if need be. And this time it is necessary again. Although the most feared robber of the country, the robber Nightingale, has only just been released from prison, he has committed an offence again. He has stolen the treasure of King as well as Burushka, the king’s talking horse that the monarch had been particularly fond of. The king engages legendary Ilya Muromez. He is to catch the robber Nightingale and bring back the royal treasure. At first, Ilya does not want to work for the king. He has to catch the robber and make sure he is imprisoned but afterwards, the king will set him free again. Only the fact that even the talking horse has been stolen makes Ilya help the king. Ilya is ready to fight and sets off travelling into the world. In search of the horse his way leads the hero straight into fabled Constantinople (Tzarograd). A pretty young and sensationalist journalist is sticking hard on his heels. Ilya has to overcome some obstacles and go through many adventures, until he can finally fulfil his mission.