In Our Part of Town 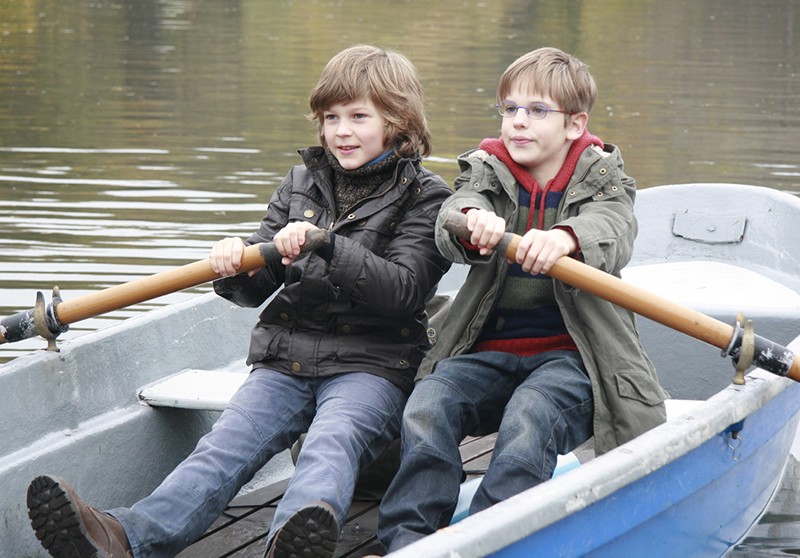 The six short films are an entertaining way of making children familiar with the constitution of the Federal Republic of Germany. The focus of all films is the Grundmann family - 8-year-old Moritz, 14-year-old Linda, their parents Max and Ina and grandfather Konrad Schramm.
Article 1: Human dignity is inviolable. Moritz and his football team have reached the finals of the school championship. Now he hopes to be nominated. But there is Kevin. The new player is a real talent and thus a competitor for Moritz.
Article 2: Right to free development of personality Linda has recently become a singer of the fantasy folk school band. She changed her outfit to adapt to the style of music. Especially class spokesman George has a major problem with this.
Article 3: Non-discrimination Linda is enthusiastic about Peter, whom she met in a chat room. He seems to be different from everyone else. She invites him to her birthday party. But when Peter comes, Linda feels betrayed.
Article 5: Right to freedom of expression Linda's math teacher ignores his students. Debates do not change anything. So they carry out a survey on teachers’ skills. The result is to be published in the school newspaper.
Article 6: Care and education of children Moritz and his friend Justin are looking forward to the promised boat ride. But once again something has come up so the adults do not have time. Without further ado, the two boys leave on their own.
Article 10: Secrecy of correspondence and telecommunications Max noses around in the diary of his sister Linda. Supposedly she is in love with her German teacher. Without thinking, Ina's mother rushes into the school and brings Linda into an embarrassing situation.