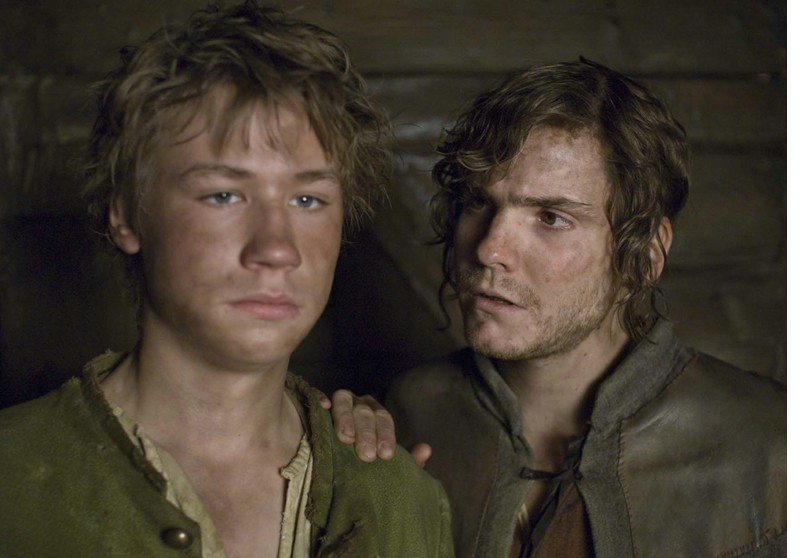 After 14-year-old Krabat lost his mother in the turmoil of the Thirty Years War, he moves around as a begger. One night he rouses from his sleep. An inner voice lures him to a mysterious mill, and he follows the call despite all warnings. The very first moment when the miller opens the door, Krabat has a feeling of unease. The journeymen present all seem speechless. The way Krabat is introduced: “This is Krabat. If he survives the probationary period, he will belong to you“ sounds like a threat. From now on, Krabat’s life is characterized by hard work under the strict supervision of the miller. Without Tonda, an old journeyman, he would never have survived the probationary period. Tonda also lets him in on the mystery of the mill. It is a magic school, where all journeymen are taught black magic. The price of this particular knowledge is high. Each individual is completely at the mercy of the black miller. Since Krabat met Kantorka, a peasant girl, on one of his rare trips, he only pursues one goal: to escape from the mill.