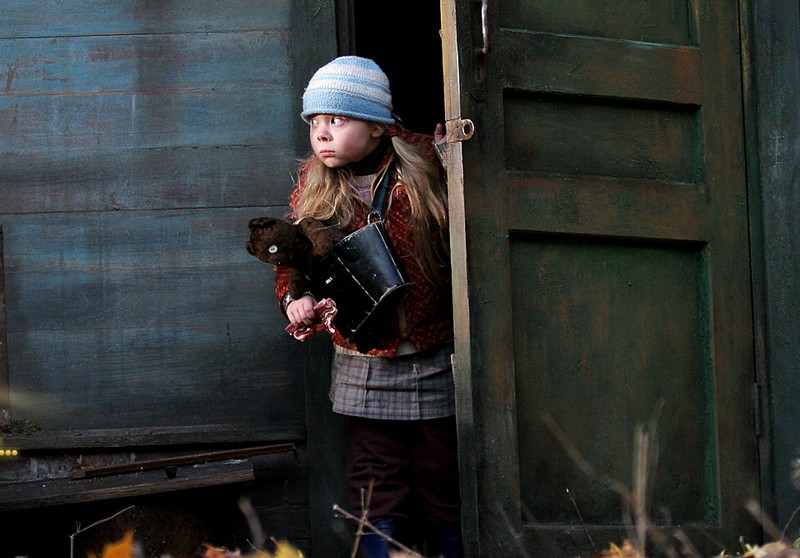 Kuka gets up when the alarm rings, she washes herself, has breakfast and goes to the children on the playground. At first glance, everything is quite normal. But appearances are deceptive. Six-yearold Kuka lives alone in a hut in the backyard. She manages the household and goes shopping. In order to have some money, Kuka quite boldly has her grandmother’s pension paid out to her at St. Petersburg post office. She is only afraid of the big dog in the neighbourhood. Even the trick with a tasty bone does not always work. So Kuka has to be fast, faster than the dog. Lena, a young social worker, comes from Moscow. Soon she notices the little girl. She wants to help Kuka, not least because she herself would like to have a child. But whenever Lena believes to have found the child, she disappears again. Because Kuka is terribly afraid of being sent to a children’s home. And that will inevitably happen if the employees of the social welfare agency find out the truth, the truth about her dead grandmother. But Lena does not give in and Kuka has to change.