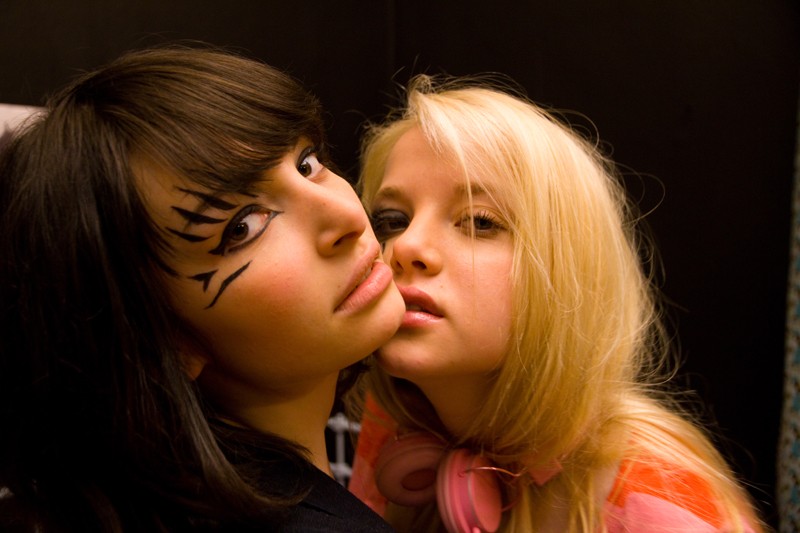 Ari and Oona, two 15-year-old girls, dream of an outbreak to freedom: moving away from their narrow-minded homes, from parents who sweep everything under the carpet. Ari’s mother, a cloth doll designer, simply does not want to see that her children are grown-up. Ari’s older brother Jonas responds to her clinging with various psychoses. Motley-dressed Ari excessively eats the frustration into herself and gets the missing affection from sex with strange men. Oona, however, lives in a home where everything seems dark and gloomy. She is suffering from the catastrophic consequences of her parents’ broken marriage. Above all, she feels guilty about her father’s suicide. She had told him that her mother had an affair with his brother Lukas. She cannot expect any comfort from her mother Kristina. On the contrary, her mother is taken up in the new relationship with Lukas, while Oona has to face her grief alone. In her despair, she retreats more and more and scratches her arms until they are bloody. When Ari and Oona become friends, they quickly realize how much they need each other. So Oona learns from Ari how to turn her anger outward. Ari feels recognized by her friend and can gradually develop a sense of self-esteem. But then, Ari begins an affair with Lukas. Oona is appalled because the hated uncle has destroyed her happiness before. She fights for Ari and Ari is also willing to do anything to save the friendship ...