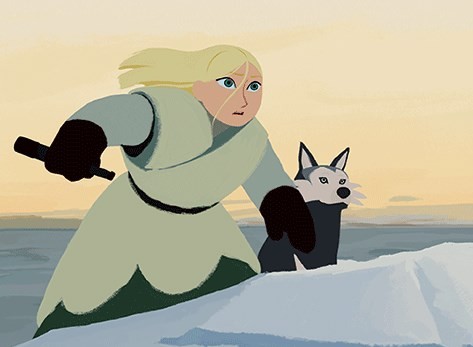 St. Petersburg, 1882. Sasha, a young Russian aristocrat, is no ordinary girl. She inherited her beloved grandfather Oloukine’s spirit of discovery and is too rebellious and independent compared to the conventions of her time. She always and constantly tries to get her way. Sasha does not want to believe that Oloukine lost his life during his last expedition to the North Pole. In fact his ship, the “Davai” (meaning forward) is said to be unsinkable. When at her first ball, she asks the Prince and scientific advisor to the Czar, Vladimir Tomsky, to make investigations into the whereabouts of the “Davai”, this causes great uproar. But Sasha remains defiant. She secretly dares the impossible. Equipped with her grandfather’s scientific records, she sets out on the perilous journey to the perpetual ice. She has to overcome many obstacles, especially practice endurance, until she can finally convince taciturn Captain Lund to take her aboard his “Norge” and risk the search for the missing “Davai”.