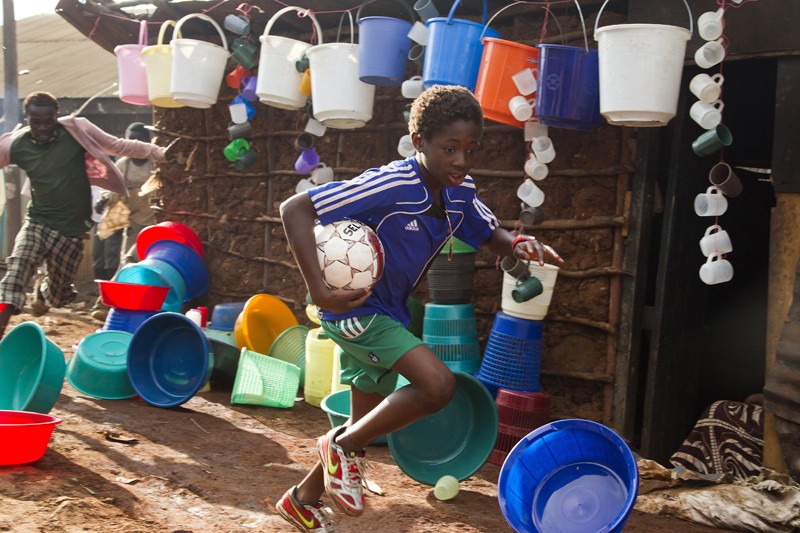 Simon is twelve, came from Kenya and was adopted by his parents as a baby. He loves football above all and even has an autograph by Michael Laudrup, the “best Danish footballer of all times”. When he goes on a summer holiday to a luxury hotel resort in Nairobi with his mother, Simon has his football with him, of course. While playing the ball flies over a high wall and the boy climbs over it. Without knowing, Simon has landed in a huge slum. At the beginning everything is still exciting for the black boy from Europe. More and more children gather around him to play with Simon, they take him along to collect used materials and share dried fish with him. But then Simon is kidnapped by two gangsters from the slum, who demand one million Shillings ransom from his mother.