Matti and Sami and the Three Biggest Mistakes in the Universe 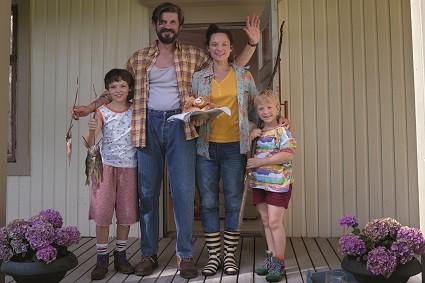 Although Matti’s father Sulo is from Finland, the family has never been there. So the ten-year-old wishes nothing more than to finally spend the summer in Sulo’s home. But his parents are lacking the necessary money and in addition, Matti’s universe currently seems to have some mistakes. Sulo has to drive a bus instead of developing computer games, and his mother Annette constantly gets railed at by her boss. Matti is determined to readjust his universe, but with a thumping lie. His parents take liberties with the truth as well, after all. Annette has always claimed to donate money to rescue dolphins to reassure the children. And Sulo tells his brother he would move to Switzerland with his family, just to impress him. When Matti discovers a newspaper ad about “winning a dream house in Scandinavia,” he gets down to action. At first, by using a white lie. But that leads to other lies, until Matti no longer finds a way out of this tissue of lies and his parents seriously prepare to move to Finland.