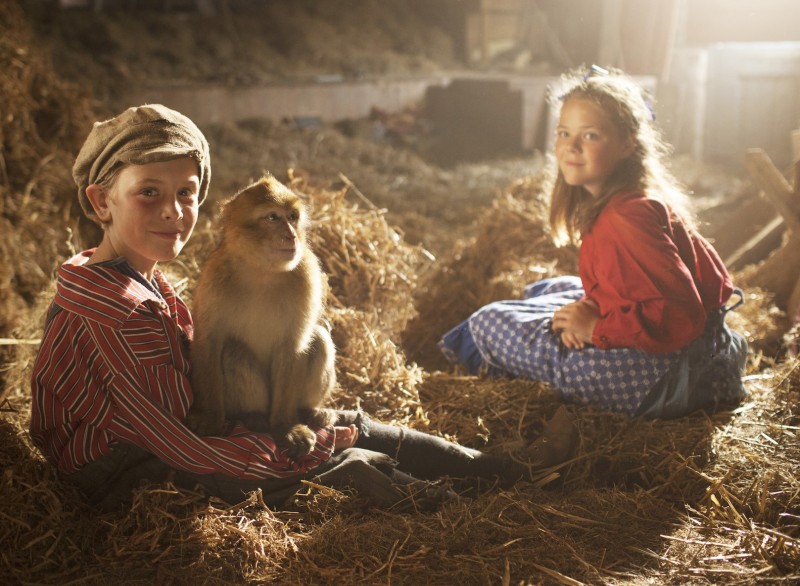 Growing up in an orphanage, ten-year-old Wim’s life is only about working in a weaving factory for the benefit of the orphanage’s head mistress. But deep inside, Wim has only one dream: being allowed to go to school and learn about all the wonders of life. Together with the other children of the orphanage, Wim is desperately waiting for the introduction of a new School Act, which makes it mandatory for children aged from six to twelve to attend school. However, fate treats him unkindly and he decides to escape. Being on the run, he meets a monkey and a girl named Jet, who both soon become his companions on a turbulent adventure trip. Amongst cows and pigs, Wim and his monkey find a new home in the stable of Jet’s family and secretly, Wim follows Jet to school every day. Wim’s new life at Jet’s farm is full of adventures, new friendship, willpower and dangers and his deep desire to become a schoolchild just like Jet and her friends.