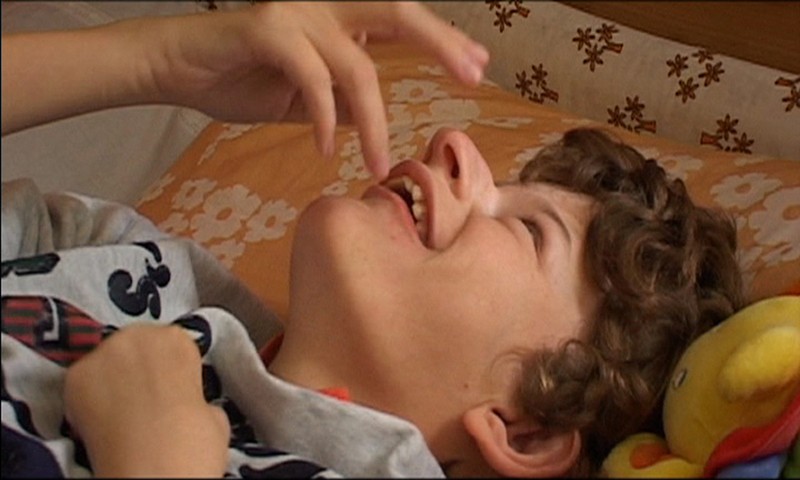 This documentary long-term study of the Eichhorn family was made in Chemnitz from 2003 to 2008 and focuses on the second-born daughter Nora. Nora loves sucking the thumb of her her left hand, likes deep, growling noises and screams and laughs happily to herself. She was born with complex physical and mental disabilities and has to spend most of her time in a wheelchair or in bed. The doctors predicted she would only live to the age of six. Now Nora is 30 and has survived her grandmother and her mother, whose death is inconceivable to her. The film lets the Eichhorn parents, Nora’s older sister Merit and her younger brother Gregor, as well as the nurse Elenore Marziniak tell their lives and shows the dramatic changes in the past five years in the family who continue caring for Nora at home even after the death of her mother Regina.