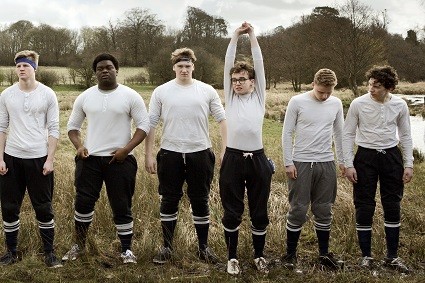 “Cyrano de Bergerac” in England of the 1980s: Bookworm Amberson is the punching bag of Calderhouse boys boarding school, where success in the brutal sport “streamers” determines the pecking order. When the new French teacher and his daughter Agnes arrive, Amberson instantly falls in love with her. The intellectual Frenchwoman, however, only has eyes for alpha male Winchester. Agnes asks Amberson to hand over a cassette to her heartthrob. Overwhelmed by the allusive video, dim Winchester asks him for help. Amberson writes letters in his name and makes profound videos. At the same time, the clumsy boy climbs up the social ladder and can be close to Agnes. Winchester, however, loses interest in the Frenchwoman, which does not stop Amberson from writing to Agnes in Winchester's name. When she decides to go to Berlin and take on a position as a stage designer, Amberson has to take heart. Can he admit who really wrote the letters?