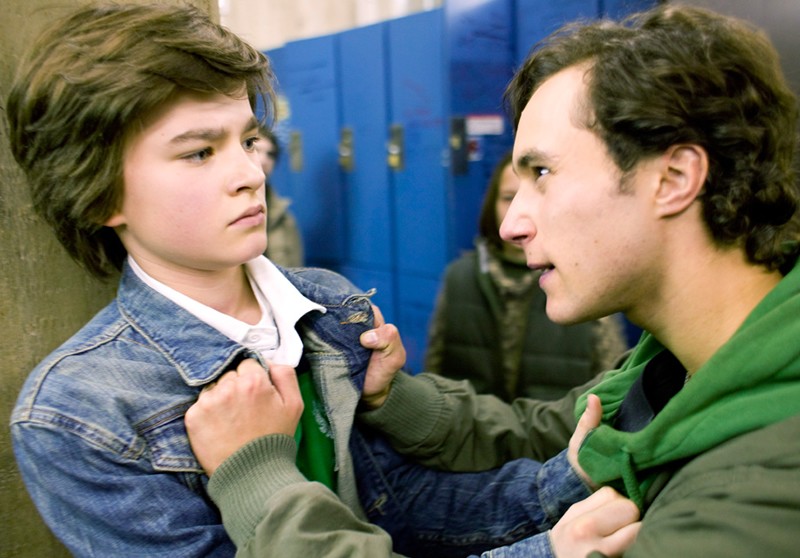 17-year-old high school student and amateur rapper Oliver always has arguments with his German teacher Selma Vollrath. This time she gave him the bottom mark because he interpretated the famous Goethe novel “The Sorrows of Young Werther“ in rap style. Disappointed and angry he leaves the classroom. At that moment, a note falls out of his booklet. When Mrs Vollrath reads it, she sounds the alarm. In this text Oliver exactly describes an act of violence at school. The headmaster immediately informs the police. From now on Oliver‘s life is like a nightmare. The police search his room. He himself is admitted to youth psychiatry, with the consent of his parents who are no longer sure whether they really know their son and can trust him. In the psychiatric ward Oliver meets Katja, who is tired of life. She exploits Oliver‘s inexperience and credulity to commit suicide. Oliver may now leave youth psychiatry but he is still exempted from school. He feels that all around him have lost faith in him. Only Micha and his girlfriend Charlotte stand by him. Suddenly Katja appears and the situation is escalating.