Owl and the Sparrow 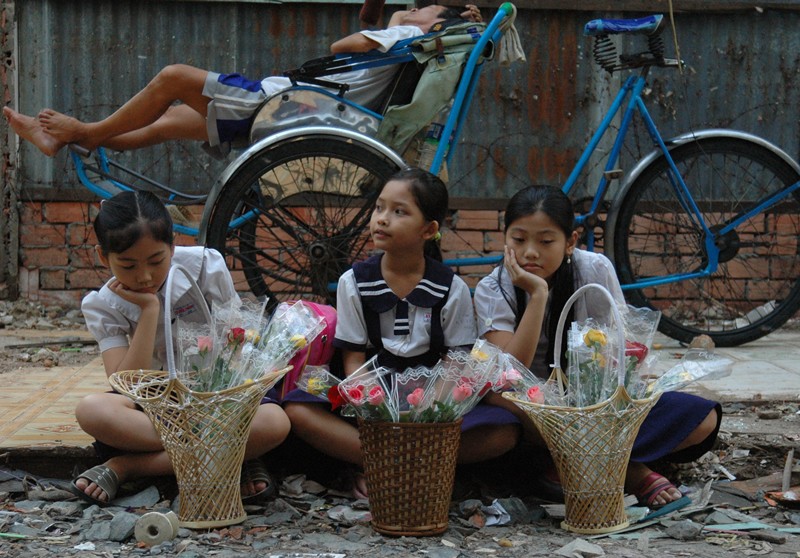 Since the death of her parents, ten-year-old Thuy has lived with her uncle who owns a raffia mat factory. He only considers the girl as two more hands to work. Thuy must work really hard. But when she makes a mistake, her uncle insults her as a good-for-nothing and an unnecessary eater. The little girl is deeply hurt, she takes her piggy bank and leaves the village. On foot and by ferry she arrives in the heart of Saigon. Thuy enters a different world. She soon understands that her savings will not last a long time. So she earns her money by selling postcards during the day and by selling roses at city restaurants and bars at night. There she meets the lonely stewardess Lan, who is still searching for the love of her live, as well as the impoverished keeper Hai, who is sad because his baby elephant is to be sold to India. Thuy feels sympathy for both of them. She wants to help them. And on top of that, her uncle has begun to look for her throughout the city. Thuy develops a plan so that she as well can be happy again.