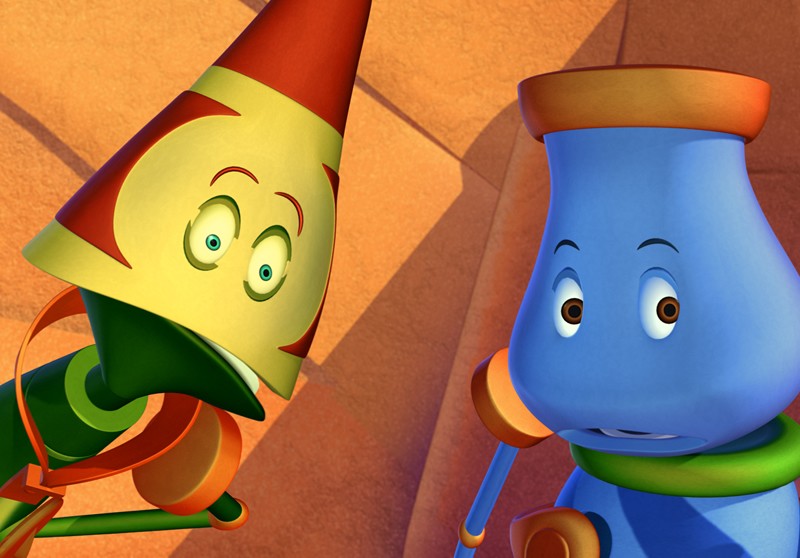 “Rien ne va plus” - planet music is a mess. So far the musical instruments have lived together in peace and harmony. But suddenly all the instrument families are at odds with one another. It all started with the disappearing of the musical clef and now the families accuse each other of theft. The controversy is the talk of the town. From now on all instruments just play for themselves. Nobody wants to be connected with the orchestra. And everyone is looking for the clef on his own in order to claim it for himself after it has been found. Piccolo, the small flute, has a completely different point of view. She thinks it’s a pity that no one wants to remember the beautiful melodies and the wonderful sound of the large orchestra. She considers it a very stupid idea that everyone believes to achieve his goals in the single-handed attempt. But what can a little flute achieve? Then she meets Saxo. And although the saxophone shines so marvellously, it is not at all conceited. They make friends and Saxo confides to Piccolo that he cannot play high C. The small flute comforts him as she knows that different individuals can do something different particularly well. The new friends set out together on the search for the lost clef which turns into an adventure fraught with many dangers.