Potapov, to the Board 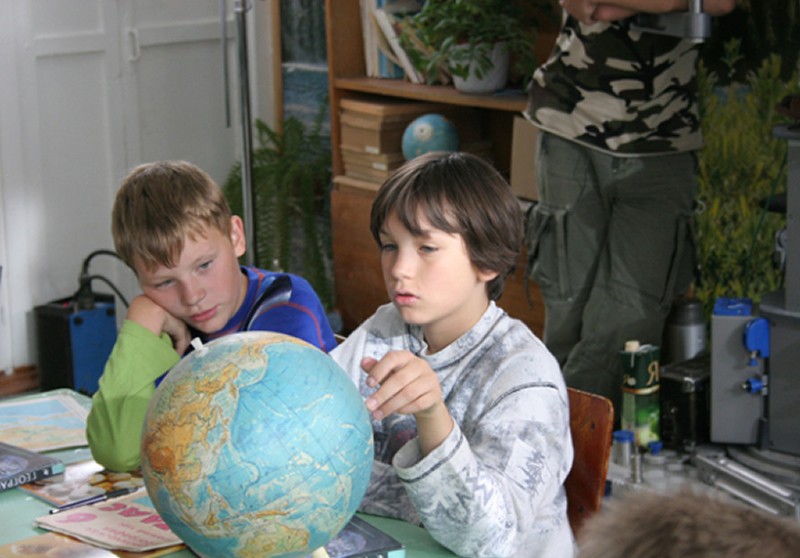 Lesha Potapov is a real rascal. Set squares above the head, pupils in the cabinet, shaking skeletons – he always invents new tricks to annoy his schoolmates and teachers. And his best friend helps him although he is usually “the victim “. But also artistically, Potapov gets something off the ground. Inspired by an art exhibition he creates his own works of art: pictures, sculptures and other partly indefinable exhibits. In an old abandoned factory he and his friend organize an exhibition. Afterwards they distribute advertising leaflets to attract visitors. His schoolmates make fun of Lesha. But curiosity drives them into the exhibition. They even pay for it. However, when a schoolmate discovers his own portrait and considers it spoilt, he wants his money back. One picture puzzles everyone. It is a girl’s head with plaits - from behind. Who could this possibly be? But this is Lesha Potapov’s secret. All his actions aim at just one goal: he is in love with the most beautiful girl of the school and wants to win her heart. Of course, he therefore has to be in a good position. But girls have minds of their own.